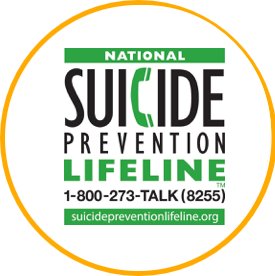 For this episode, we’re trying something new. We usually tell the story of a guest. But for this episode, our guest is an expert who is helping us tell a much needed story – a story of the growing concern of a mental health crisis. We are talking about suicide prevention.

Bernard Williams is the Coordinator of Suicide Prevention for the Veteran’s Health Administration, and he joined us to help inform us and our listeners about the resources available to us, things we can watch out for with our friends and family, and things we should avoid if we find ourselves talking to someone who has had or is having thoughts of suicide.

We need to all be better prepared and able to support those around us who are struggling with mental health issues, and Bernard really helped us with tangible actions we can take. We’ll also share some statistics that will blow your mind. It’s a serious topic, but so important. We hope you find something helpful as you listen.

1:28 How did Bernard get into suicide prevention work?

5:03 What are some warning signs of someone with suicidal thoughts?

7:04 What are some daily life issues that may increase the likelihood of someone contemplating suicide?

9:23 The 4 words to remember if you suspect someone you know is considering taking their life

11:27 What DON’T you want to do when you think someone you know is having suicidal thoughts?

15:52 If you know someone that has committed suicide you are 5 times more likely than the general population to attempt suicide.

21:55 What are some veteran specific suicide triggers?

28:00 Suicide is the second leading cause of death among young people ages 18-24… and more statistics.

1 out of 6 students nationwide (grades 9-12) seriously considered suicide in the last year.

Each episode of LGBT victimization, such as physical or verbal harassment, increases the likelihood of self-harm by an average of 2.5 times.

40% of transgender adults have reported a suicide attempt.

On average, 20 veterans die of suicide each day.