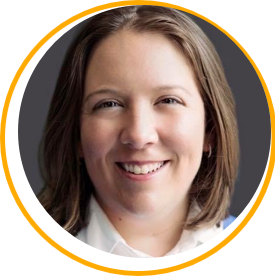 Megan Kilgore grew up in Gallipolis, Ohio, a small Appalachian town on the Ohio River. Her mom, a beloved and distinguished educator, raised Megan single-handedly, and instilled a love of learning, responsibility, and independence that Megan passes on to her constituency every day, now that she is the Auditor for the City of Columbus, Ohio. Prior to being elected the first female City Auditor, Megan spent time working in the private finance sector, where it’s no surprise that she could have made a lot more money than becoming an elected official, but she chooses service, and every day wakes up excited about the people she gets to have an impact on. Having spent 11 years working for her mentor, Hugh Dorrian (Columbus’ City Auditor for nearly 50 years), she has her own plans for maintaining one of the country’s best credit ratings, and continuing to finance the growth and prosperity of the city. Megan is passionate about public service; she often speaks about waking up daily excited to spend the day with the people she does, be it the people for whom she serves on several non-profit boards, her Special Olympics athletes, her family, or the tax payers of Columbus. She describes public finance with the word “euphoria” and when you hear her talk about it’s hard not to know exactly what she means.

4:14 Megan receives news about her mom

6:10 What’s the best thing about Megan’s mom moving to Columbus?

10:12 Did you know Megan is the coach of a national championship basketball team?

15:50 The question Megan’s students have started to ask

17:55 London’s Mayor talks about the perils of the tech revolution

32:26 You could make a lot of money in the private sector. Why did you choose this?

34:45 Megan goes against the advice of established politicians

36:05 Megan tells us the two words that resonated with voters the most according to the data

37:04 What pissed Megan off during the campaign?

38:07 The flight to quality and the impact on election outcomes

41:03 Business models and the notion of “reduce, reuse, recycle”

43:03 The unintended impact of investing in millennials